Tackling the challenges of borderless business

How today's global SMEs can save time and money when transacting in multiple currencies.

Each country has its own currency, that much is obvious. And while we’re not here to debate the strength of some currencies over others, suffice to say that there are several currencies that are used a bit more than others on a global scale.

But unless countries go the way of Cambodia and adopt the use of the US dollar in their day-to-day transactions, any action related to money in different countries mean using their local currency and dealing with the exchange rates and banking regulations that come along with it.

Why the need to deal with different currencies, though?

It is a reality that companies do not let geography limit them when it comes to searching for talent, partners, and clients. The advent of the internet made it easy for companies to trade around the world, and with it comes endless possibilities for new products and the need for new talent, both of which may exist outside of their home countries.

The increasing pace of innovation and the shifting to more global mindsets has pushed companies – both of the enterprise and startup variety – to explore markets outside of their own. Now, it is almost a given that any product or service will be expanded to other markets either from the beginning or later on. Regional or global expansion, therefore, is not a matter of if but of when.

But while the internet has made it easier for companies to transact anywhere in the world, there is the matter of having to deal with a variety of currencies to address. For companies who want a global presence, they have to put up with the high volatility and foreign exchange fluctuations when dealing with money.

How should companies now deal with the inefficiencies that working with different currencies bring?

Automatic conversions and exposure to forex fluctuations
Singapore-based jobs marketplace GrabJobs is expanding their presence in Southeast Asia and South Africa. While they work with a local partner to handle internal transactions usually done in the local currency like payroll, the company also uses the local currency in invoicing clients.

As they are now currently present in 5 countries, that means that they are dealing with 5 different currencies. They use a third-party system to automatically convert client payments into Singapore dollar.

“It’s not very efficient, but we’re at a stage where optimising exchange rates aren’t a priority,” founder Emmanuel Crouy says.

Not only lacking in efficiency but also has direct impact in the business. Fluctuations in foreign exchange rates means that receiving payments in a different currency and having them automatically converted to home currency may post either a gain or loss – and there is nothing companies can do about that short of asking their clients to hold off payment and wait for more favourable rates foreign exchange rates.

Multiple accounts (and fees) for different currencies
Travel company Meego chose the option of opening a different account in another currency to deal with payments to international partners. With 50 per cent of their partners outside of their home country, making payments is a time-consuming process.

“Since almost half of our international tour partners use US dollar in their invoice, we opened a dollar account to at least shorten the process of making payments,” says Angie Tan, operations head of Meego.

But while that is a quick fix, there is one large downside to opening multiple accounts.

“We have to deal with two minimum maintaining balances. We are a small enterprise, and there are days when the maintaining balance of one of the accounts can be used to make operations easier. But since we need that account, we don’t use it,” Tan adds.

Volatility of the foreign exchange market
The foreign exchange market is one of the most heavily traded markets in the world. It is also quite volatile. Philippine-based style subscription box startup Pormado deals with this regularly. Their locally-sourced style products have gained a following outside of the country, and the company found themselves being asked if they accept payment in other currencies.

This poses two problems for the startup. The first is that they have to figure out the day’s exchange rate, so they will know how much to charge their customers. The second is that since banks only accepts deposits in the same currency of the account, the startup has to ask customer who pay in cash to get their money changed first before paying. “Sometimes, the exchange rate is up and the client ends up paying more than we charge. Sometimes it’s down and we end up receiving less. While we can turn overpayment into vouchers for their next payment, we don’t want to tell our clients that hey, your payment is a bit short,” says JD Libao, co-founder of Pormado.

These two problems are the glitches to what could have been an efficient purchase experience. Pormado had to take time to communicate to customers their prices in their customers’ currency, and yet still be unsure if they will be receiving the correct amount on the day that customers do pay.

For something much closer to home, e27 also deals with different currencies. A quick call to our Finance confirmed that we invoice in US dollars, and make payments using different currencies. If we have events in countries outside of Singapore, for example, we don’t use Singapore dollar; we use the currency where that event is happening.

And based on these examples, it is a reality that companies, regardless of size, do not simply stay in one country and use only one currency. But the methods in which they go about handling different currencies is inefficient, inaccurate, and costly.

How do we begin to solve this problem?

For DBS Bank, it begins with the DBS Corporate Multi-Currency Account (MCA). Their newest product allows businesses to transact in 13 different currencies in different e-wallets, but under one account.

Companies with businesses in other markets can receive payments directly in their currency e-wallets, and have control over when they want to convert the currencies. This means that for companies like GrabJobs, client payments in their local currency can be received and kept in their e-wallet and converted only when the rates are in their favour.

The MCA also answers the concern of having multiple minimum balance requirements – getting a multi-currency account in DBS requires only a minimum balance of S$10,000, regardless of how many currency e-wallets you use. Meego, for example, can simply open one account with several e-wallets, without tying down a lot of cash to maintain them.

It makes handling different currencies easier and more efficient, as companies no longer have to convert their local currency pricing. They could simply set a pricing and receive payment for other currencies. Instead of attending to every request for pricing from customers in another country, companies like Pormado can simply create a price list using different currencies and don’t need to worry about constantly checking foreign exchange rates until their customers pay.

The DBS Corporate Multi-Currency Account can clearly benefit not only large enterprises but SMEs and startups as well. The MCA would allow SMEs and startups to enjoying ease of cross-border transactions that allows them to focus more on tasks that grow their business. For more information, visit go.dbs.com/smemca

Was this information useful?

That's great to hear. Anything you'd like to add?

We're sorry to hear that. How can we do better?

Thanks for your feedback

Stay updated with latest industry trends and insights in Asia, connect with a network of entrepreneurs, and gain access to exclusive event invitations.

Connect to thousands of entrepreneurs in Asia

Learn about market trends and insights What Smart Businesses Do to Attract Investors Read More 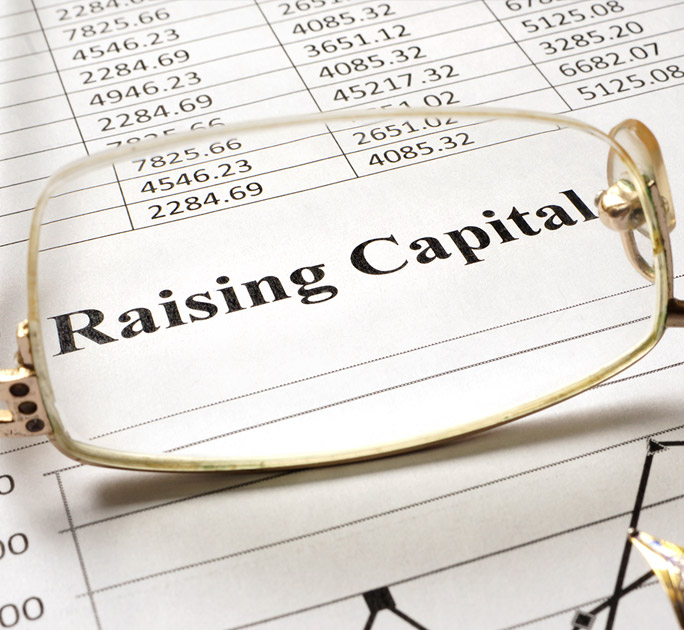 How can my business raise more capital? Read More

How would you rate your overall experience on this site?

How can we make your browsing experience better?

Thank you! We've heard you.

Your feedback is valuable to us.